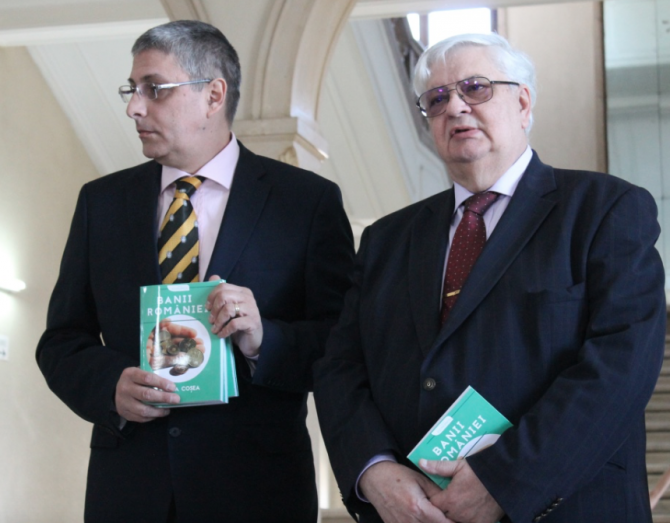 Professor Mircea Coşea thanked DCNews in the speech he held at the launch of his latest book  ”Romania’s money” and stressed that he used a lot of information from the media in his new book.

”Why did I write this book? Because at the end of last year I was shocked that all discussions on the economy in Romania had only one answer: 'No money`. Whether we were talking about salaries, pensions, investments, any of these would end with the same answer provided by the decision makers: `No money`. It was then when I said «let’s see why Romania has no money»,” Mircea Coşea said in his speech at the launch of his book ”Romania’s money”.

In the Foreword, Professor Mircea Coşea asks rhetorically: ”Was ever Romania rich and did it gradually become poor? Or maybe it was never rich and we were just deceived by the propaganda and manipulation of those who had the power?”.

Mircea Coşea emphasizes that in his book launched on Tuesday, ”Romania’s money”, he aims to explain ”why there is no money and if there isn’t any, how we can proceed in making it happen”.

At the same time, the professor points out in the introduction of the book ”we don’t even know what we have left. We don’t know if we still have the fertile plains or if we sold them, we don’t know what's left of the vast forests and clean waters. What we do know is that six of the eight development regions of Romania are among the poorest in the EU, the purchasing power in these areas being at half the European average”.