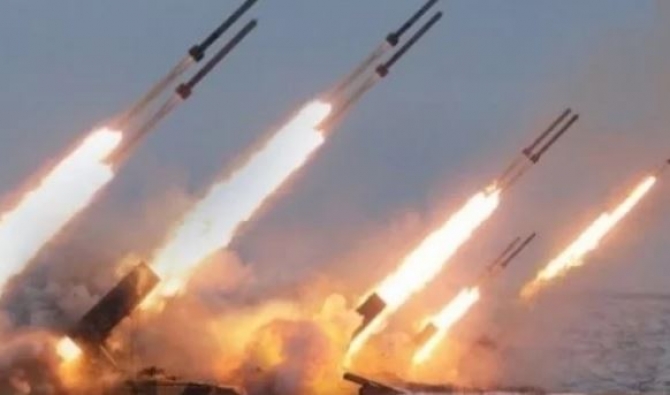 Last night, US President Donald Trump put his signature on the situation in the Middle East with 59 Tomahawk missiles. As a gesture of international politics, it was a significant one. Even if the real damages registered by Syria were symbolic : three businesses and some tired MIGs. From '91 onwards, from George Bush Sr., all the American presidents have sent the Tomahawks from Iraq and Afghanistan to Syria.

The analyzes which are being made are as interesting as they can be. When he gave the order, Trump was with China’s President Xi at his residence in Mar-a-Lago, Florida. People say it was a way for Trump to offer China a cooperation against Russian domination at international level and, in particular, in the Middle East.

Other analyzes point out that Syria and the Middle East become from now on a US-Russian deal. Europe is totally excluded from the economic and geopolitical games.

Finally, Russia, which met an unprecedented boom in Syria and Iran, receives a severe warning from the new administration. A Tomahawk missile costs 1.5 million US dollars. Basically, the row of shots pulled simultaneously last night cost the American taxpayer one hundred million. Following this, Russia understands that America's defense budget is 600 billion dollars annually compared to about 60 billion, amount Moscow can afford.

The reason for the American coup was related to the use of chemical weapons by the soldiers of Bashar al Assad, the Syrian dictator about who Trump had just stated that he had no problem to sit at the negotiating table with. Voices are speculating about the reasons that Assad would have had to use chemical weapons forbidden by the international conventions. So far there is no logical explanation for what Assad allegedly did: he would have liquidated himself the last chance he was having in front of the Western world. Cynically speaking, as strategic calculations are, these issues no longer matter. Syria, with all that it has left of the population, is a battlefield between superpowers, based on which games are being made at global level. How much of the money offered by Europe to Turkey to maintain the refugees at the source, refugees who have already frightened Europe, are aimed, in reality, to the direct support of Turkey's interests in the region? We will not find out soon the answer to this question.

At this point, it is expected, however, Russia’s response to America’s power movement. As we got used, the reponse could be more subtle. For example, a political, economic or... in Justice counteratack, at the forefront of American dialogue in front of Russia: NATO's eastern flank, with its pillars of resistance: Romania and Poland. To be noted that, on this line, Russia already has major breaches: Bulgaria, Hungary and the Czech Republic, NATO member states, but also Serbia. In other words, Russia’s response will not be, most probably, a military one, possibly by attacking eastern Ukraine, but something is likely to happen in the Black Sea.

The response in the area, on the ground, in the Middle and Near East’s buzzard, will probably be given by Turkey’s Erdogan.

Eventually, at the international level, the situation gets from day to day more complicated: the EU unable to reform, terrorist attacks all around the continent, rearrangement of forces and spheres of influence. Romania does not have a policy in any field. Of course it doesn’t have one in foreign policy either. The hoar of action plan Romania has was dictated by Brussels. When Brussels was somewhat consistent. Yet now we do not know if France will want the same thing as Germany, and whether Italy's banking system remains standing still until autumn. As a result, a country like Romania, trashed politically and socially, has the chance to go all the way with the most powerful. By a historic chance, America has a great openness towards Romania in the field of security. Simply, the government in Bucharest must do, also in this area, exactly what the embassy tells it to. You will say: OK, but this is what it does anyway. The answer is: not quite. Because when it comes to economy, the Government is very permissive with European interests. It can remain so.

Except when it comes to arms, money must be spent – whether the Europeans like it or not - only with the Americans’ approval. Eventually, they are the only ones affording to spend, for a one evening warning, 100 million dollars.