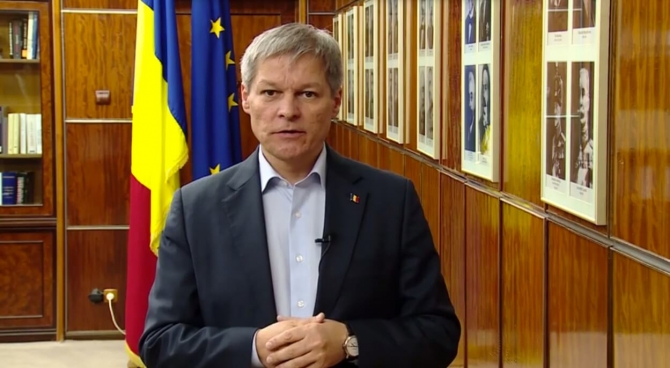 Dacian Cioloş launches his own party. And as everything nowadays happens on Facebook, the netizens have recently asked our former prime minister about the possibility of launching his own party in Romania’s political landscape. Cioloș then replied: “a little patience ...”.

Former prime minister Dacian Cioloș hasn't joined PNL or USR, although, after the elections, he had talks with the two political parties. Ever since, Dacian Cioloş was mentioning an NGO to deal with politics.
On Thursday morning, at RFI, Dacian Cioloş revealed: "We consider very seriously a new political party. Our focus is to offer a credible political alternative for the next elections, but also until then."

"There is no chance for Mr. Cioloş, in my opinion.This man never won anything and had only assigned positions," the sociologist stressed. "Any serious politician must have legitimacy through voting," said Marius Pieleanu.

"Mr. Bulai went more on political theory, I would give some numbers in order to complete him. I have not published them at the time as they were not relevant in what was interesting me, but now it's the appropriate context. Think what chances can this man have, a man who, when asking people 'please mention one project of Cioloş government', 80% of the population with the right to vote could not indicate a specific project. In my opinion, although I do not have consistent data - though I could get them -, I think this was the worst post-revolutionary government of Romania, the one led by Mr. Cioloş. This man, who wants to create his own party provided that he had no governmental achievements, doesn't have the necessary qualities of a political leader - a bit of charisma, a little bit of public favorability. I believe he is living in another world," said sociologist Marius Pieleanu at Antena 3.