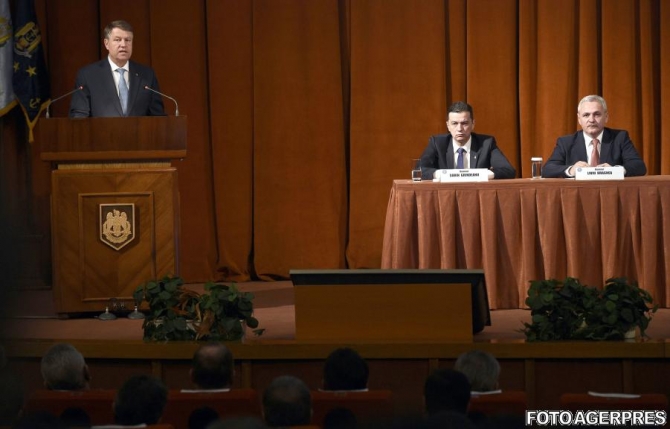 PSD - ALDE government takes action as if it was the end of their mandate, said sociologist Alfred Bulai for DC News. Policy measures of  Romanian social democrats, such as wage and pension increases, are taken when future elections are preparing.

For instance, in the Tăriceanu government they tried to offer 50% salary increase to all teachers. If they ventured in the economy with low taxes, 10% flat rate, drawing foreign investors, a budgetary impact, a risk would have existed, but there would have been also a chance to see a revival of the economy.

Now we talk about the serious risk of not falling into deficit targets, of overcoming costs and of making debts. It is to be discussed the advantages: trade is dominated by multinationals and consumer goods are generally imported. There is no production of consumer goods able to absorb the wage doubling.

What could be the political logic, asks himself Alfred Bulai. The sociologist explained this is as at the end of term. PSD suspects that President Klaus Iohannis will try to assign "his government" and then, if ousted, the world to keep its perception that the Social Democrats have increased salaries and pensions, even PSD will retire and will throw the "cat" to Iohannis, in 2018. It's a game at risk.

If the president will assign his own government, there is a risk for, reaching the rock bottom, him to be forced to cut pensions and salaries. A technocrat government, who will be forced to cut pensions and wages - although in the public speech it will be invoked the heavy legacy of the Social Democrats, the large electorate will say: "PSD came and gave us, Iohannis cut". PSD risk is that the President will not insist with his government and the PSD – ALDE executive will not be able to leave before the "salary ball" gets broken. Meaning they are now raising salaries and pensions, they begin to accumulate deficits and when they would want to withdraw, they will not be able to because they cannot lay a no-confidence vote against their own government.

We are talking about a dangerous game as the PSD-ALDE governors can come to the point they will increase the salaries and pensions themselves, but also they would be forced to decrease them.

In this scenario, the best option for PSD is to hand over the government within the year to come so that the bomb to blow towards the end of 2018 or even in 2019, in the "arms" of Klaus Iohannis, at the presidential elections.