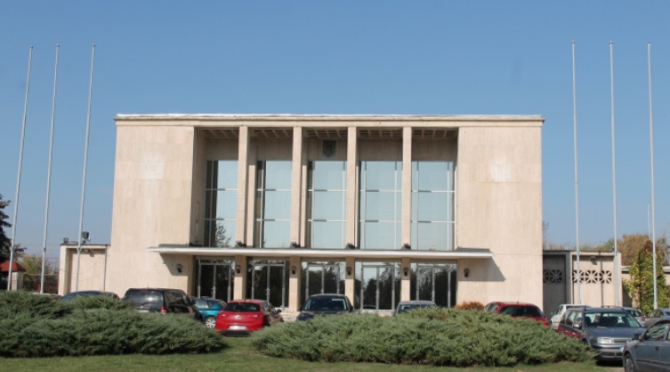 Mogoșoaia Railway Station was the first name of the Băneasa Railway Station. It held this name until 1940. In the same architectural style from the North of Bucharest we find the Minovici Villa, Miorița Fountain and the Church of Saint Nicholas “Băneasa”.

The Passengers station was inaugurated on November 17, 1886. We find from Radu Bellu’s  “A Small Monograph of the Railways in Romania”, that "Gazeta Transilvaniei" (“Gazette of Transylvania”), informed in its number 217 of October 2(15) 1914 that the inanimate body of King Carol I was brought from Sinaia to Mogoșoaia Station, to be transported to the Royal Palace, on a gun carriage. Vasile Bianu in “Notes from the Great Romania War” reports that on December 1, 1918, the Royal Family of Romania descended into this station, from the train which brought them to Bucharest from the refuge in Moldova during the First World War, to continue their triumphal entry, by horse. It is the Băneasa Station where King Ferdinand descended on October 16, 1922, after returning from the coronation ceremony in Alba Iulia. 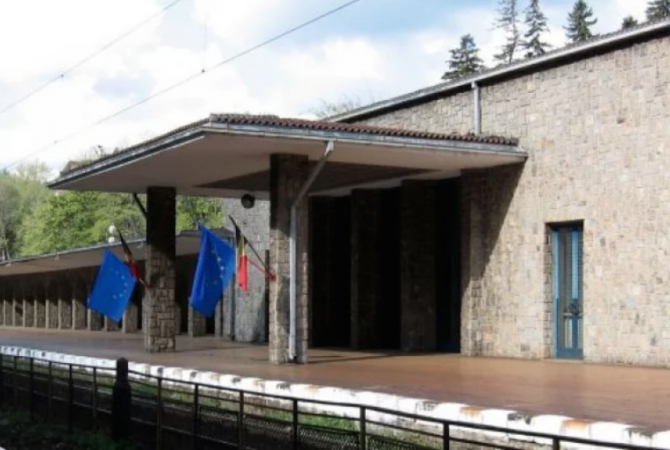 The Royal Railway Station in Sinaia

„In 1936, the General Directorate of the Romanian Railways (C.F.R.) decided to build two new royal stations in Mogoșoaia (now Băneasa) and Sinaia, with the purpose to create a solemn setup for the royal receptions. The plans were drawn up in 1937 by architect Duiliu Marcu, and the execution was completed by a team led by the engineer Mihai Gheorghiu. The inauguration of the construction took place on June 9, 1938, at 12 o'clock, in the presence of the public authorities and of a group of priests who officiated the divine service. On behalf of King Carol II, Ernest Urdărianu, the marshal of the royal palace, was present. In the morning of July 24, 1938, Queen Marie's funeral cortege left from here for Curtea de Argeș. After 1940, the name of the station was changed to "Băneasa". It functioned as a royal railway station until 1947, when the Republic was installed."

After 1950 the Royal Train was known as the "Presidential Train". At the same time, the Station was placed under the service of the new power, for its delegations and travels, as was the case with the train. After 1989 the train remained at the disposal of the Romanian authorities. During democracy, one of the most triumphalist entries was on December 1, 1996, at Alba Iulia Train Station. Then, the newly elected President of Romania, professor Emil Constantinescu descended in Alba Iulia, together with the representatives of the new power. In 2017, Băneasa Station was the starting point of the Royal Train that carried the coffin of His Majesty King Michael I of Romania to Curtea de Argeș, during an exceptional funeral ceremony.

The Connection with Sinaia

"In 1936 the General Directorate of the Romanian Railways (C.F.R.) decided to build two special stations, one located in the capital, and the other in Sinaia. The buildings were designed to create a monumental and festive setting for welcoming the Sovereign (HRH King Carol II), the Members of the Royal Family and the Heads of State in the two cities of royal residence in the country. For this purpose, for the first station a land located at the north end of the Capital was chosen, in the locality of Băneasa, before the Bucharest-Brașov road was cut off by the Bucharest-Constanta railway line. The connection between this road and the station was made through a small esplanade, where processions could be held. Its construction was an opportunity to come up with a harmonized railway ensemble, together with the Mioriţa fountain and the lower passage from Mogoșoaia, the latter being designed in the same style, and connected in a coherent way with the station, through pergolas and walls. 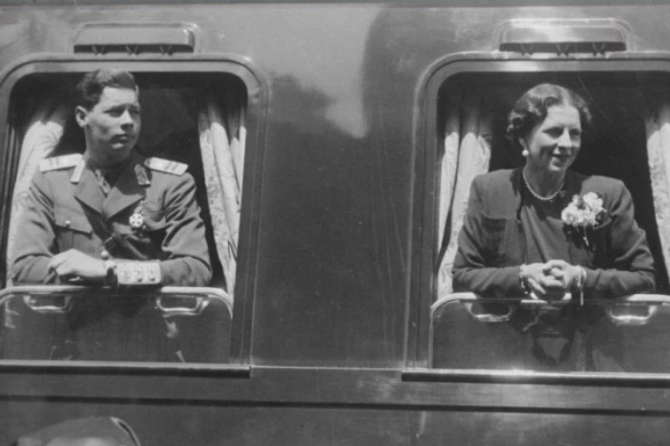 King Mihai and Queen Mother in the Royal Railway Station

The main pavilion, with a built area of 280 sqm, contains rooms reserved for officials, as well as a large reception hall, which is at the same time the corridor to get to the railway platforms. Some annexes complete the station: toilets, W.C., luggage room, security room, etc.

The construction is made on a reinforced concrete skeleton and the facades are plated with Romanian travertine. The covers are in terraces, with the rainwater flowing towards the interior. The interior floors are made with Ruşchiţa pink marble tiles and black marble of Belgium. The lounges are carpeted in neutral tones. 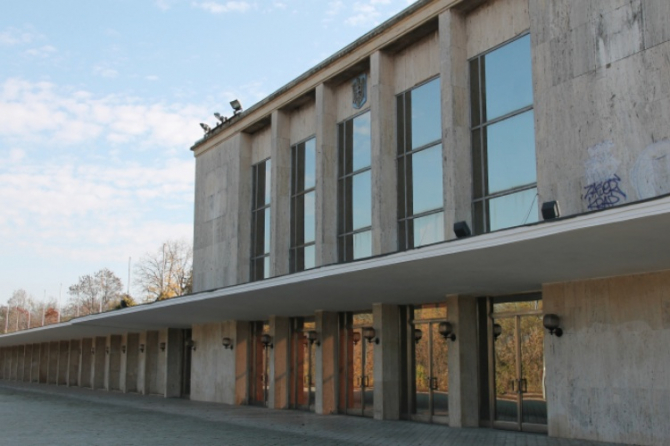 The building has air conditioning heating. The tubes of the electrical conductors are hidden in the cornices that serve the indirect lighting. The plant for the air conditioning as well as for hot water preparation is located in the basement.

The doors and windows of the main building are made of iron, covered with stainless steel sheets. The walls of the reception hall and the large hall are covered with rosewood panels. The other lounges have walnut panels, some panels being reserved for decorative paintings.

The plans were prepared by architect Duiliu Marcu in 1937, in collaboration with the architectural service of Romanian Railway (C.F.R.) The execution of the works was entrusted to engineer Mihai Gheorghiu."

A key place in the itinerary between the Bucharest and Sinaia stations was the Ploiești railway station. Even its history is closely related to the royal family. "The first railway line was built in 1869, but the most important achievement, from the point of view of its economic, social, and political role, was the Bucharest-Ploieşti-Galaţi-Roman line, inaugurated on September 13, 1872", we learn from Historia. The same documentary source reminds us that "through a special financial effort - 60% of the public debt of the Romanian state contracted between 1870-1900 was hired for the construction of railway lines, the Romanian state bought back  the railway lines from the concessionaires, therefore becoming the owner of the railways, and created the first large state-owned public enterprise, the Romanian Railways (C.F.R.), in 1883. The enterprise has managed the entire Romanian rail system without interruption until today." Thus "the royal trains were passing the Ploieşti-Predeal area weekly, and the passings were closely monitored by the Ploiesti Police Station, which held a real run of the royal trains during 1919-1938. For example, a service circular stated that: “On Monday, May 25 (1925 A/N) at 15 hours, 1/4, HRH The King and Queen will arrive in Sinaia on a royal train to take up their summer residence. Notifying you the above, please take safety and security measures throughout the train, through your constituency ... ." The measures consisted of "guarding and ensuring the safety of the line, of the railway bridges, as well as at crossing and stopping stations.”

Băneasa Royal Railway Station must also be trusted for its potential as a touristic objective. Its platform bears the footsteps of the rulers of Romania since the end of the 19th century.