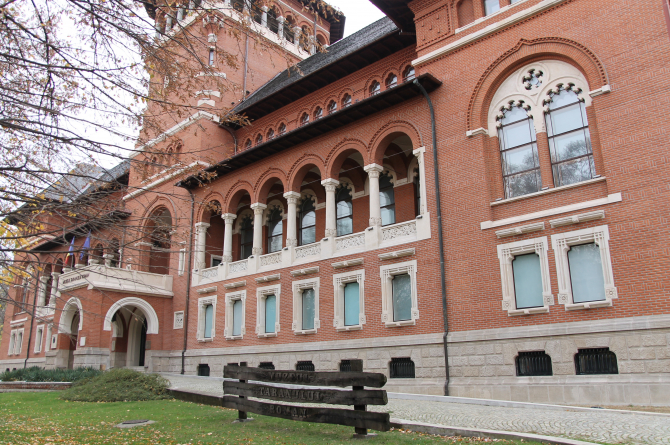 One of the attractions of Paris has been, in recent years, the beach set up along the Seine and the playground in front of the town hall... where I played volleyball in the sand, in bathing suits, with my friends, in the capital of France, during the summer days. Michel and François also arrived in Little Paris, and the place where I led them first was the Arc de Triomphe, to show the similarities with Paris. And from the arch we started, on the Kiseleff Road, towards Victoriei Square.

Very impressed by the architectural styles of the buildings, the two Parisians acknowledged that Bucharest resembles strikingly, from many points of view, with Paris, but they thought we do not have the places of amusement their visitors enjoy. The Government building seemed too cold and sober. They did not expect that near this gray colossus will find brightly colored life and even a garden party in the heart of the city. But I drove them behind the beautiful building that houses the Romanian Peasant Museum, where they entered another dimension of the world: on weekends, the museum is assaulted by visitors eager to enjoy the traditional fair that has already become an attraction for tourists. 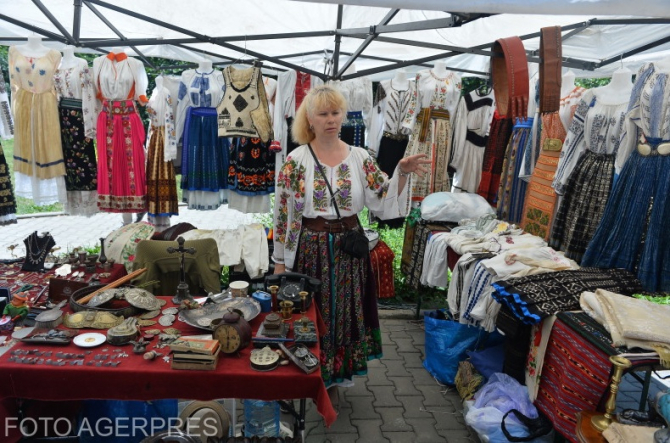 Even though the permanent exhibitions of the museum have not yet been relocated indoor, after renovations of the historic building have been made, the events here attract hundreds of people, especially if the beautiful weather is good for spending the weekend outdoor. Michel and François were very pleased with the traditional tools brought by the craftsmen, the traditional Romanian shirts and the earthen pots, but were also more pleased with the Romanian-specific food, because we stopped at the restaurant inside the museum, where they tasted for the first time the traditional sausages Virșli and „marmăliguță cu sarmale”.

The combination of the old and the new, between the heritage building and the traditional Sunday fair, where everyone tastes the festive atmosphere, to which are added the Romanian dishes, made the two Parisians exclaim that they feel even better than at home, where they would have lunch at one of the luxury restaurants, choosing the places from the street, on a warm autumnal Sunday, but they would not have felt the taste of the lively fair and would not have enjoyed such a tight community around the Romanian traditions. Nor did they expect to find a real feast so close to the Government headquarters in the courtyard of a museum. 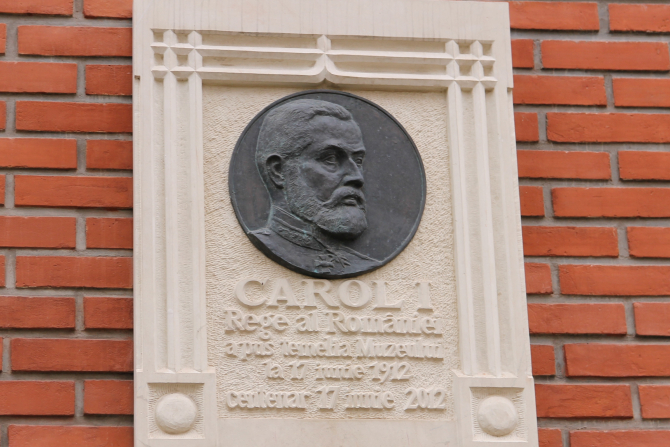 Commemorative plaque with King Carol I at the entrance to the Romanian Peasant Museum Photo: Crișan Andreescu

The National Romanian Peasant Museum has been famous for over ten years for the events that are organized here, either by those who run the institution or by those who rented spaces inside the museum. Concerts, film screenings, traditional fairs and many other concepts have attracted to RPM (MȚR) their own audience, a cultural community of the Capital, and tourists are surprised, every time they come here, by the novelty of old things and the traditionalism of modern ones, in the a combination worthy of being close to what an interactive exhibition means.

The traditional product fairs are organized every weekend, and the museum administration also organizes special fairs, on various occasions, in November being such an event on the day of Saints Michael and Gabriel, and in December a big holiday is to be organized, for Saint Nicholas. There is also a cinema inside the museum, which is already on the list of preferences of a large audience. This type of events were launched here more than a decade ago, at first being the pioneerdom of people with vision, who wanted to create a special cultural community for the concept of interactive exhibition on which the Romanian Peasant Museum was based. Sociologist and cultural anthropologist Vintilă Mihăilescu, as manager of the museum for several years, laid the foundation of these concepts that combine the old with the new, in perfect harmony with the idea of interactive exhibition. Then a tradition of the place has already been created, so the museum has become one of the main attractions of Bucharest, even for the very good food from the restaurant here.

The troubled history of the building and the institution 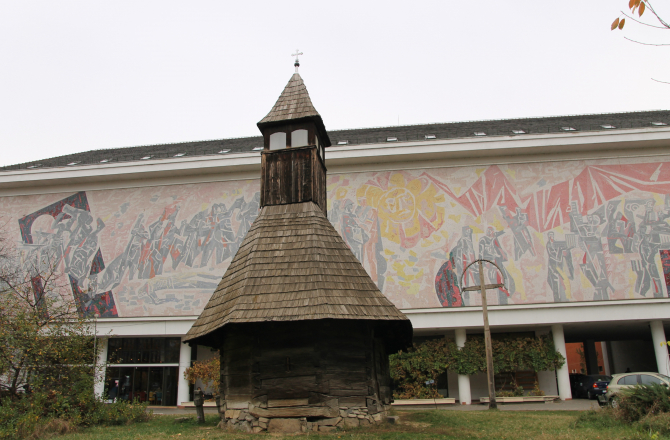 The church in the park of the Romanian Peasant Museum Photo: Crișan Andreescu

I was pleased to tell the two Parisians about the museum building, raised in a wonderful neo-Romanian style. The characteristic elements for this architectural style defining for a good part of Romania are tributary to the monastic type premises and decorations. Also, specific to this style there are the apparent red brick masonry, the arches, the perforated elements and the sidewalk which takes on the specific form of the bell towers of the old monasteries.

My French friends, Michel and François, were surprised to see here, behind the sumptuous building surrounded by people and bathed in the sun's rays, a small, wooden church, which they learned that it is a historical monument in its turn, being built in the 18th century, and relocated here in 1992. After an afternoon of good cheer and local color, with traditional Romanian dishes, the Parisians were open for more adventure in Little Paris.