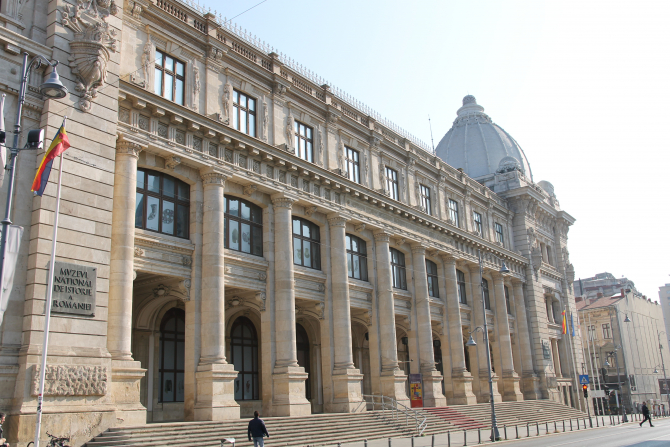 Searching for the history of Bucharest, the steps take us to the old Mogosoaia Bridge - Calea Victoriei today -, where the National History Museum of Romania welcomes us with its greatness. Beyond its walls, it opens the gate to a lesser-known past, both inside the building and in the surroundings, on the narrow streets of the Historical Center.

The overlapping layers of the hidden city, until recently, under today's Bucharest, were brought to light by the archaeological excavations, starting with 2007, before the start of the rehabilitation of the Historical Center. For hundreds of years, a true treasure has been under the buildings and streets of this part of the Capital. No one would have thought, until then, that the Lipscani branch of the Romanian Commercial Bank is hiding a centuries-old cemetery underground. 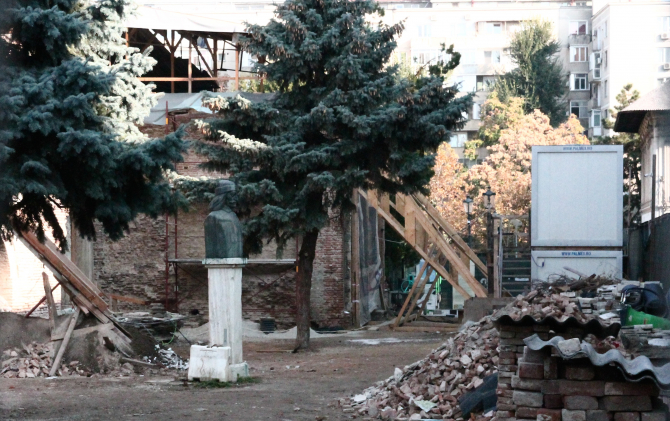 The layers deposited, one after another, for centuries, have hidden several periods of Bucharest, from the Balkan and the Byzantine-Phanariot times, to “Little Paris”, whose beauty we can admire even today.

The vestiges found under the Historical Center of Bucharest date from the sixteenth, seventeenth and eighteenth centuries, showing that here was a Christian city that survived in a large Eastern world. Archaeologists have discovered an ancient European city, by all the signs that are still preserved. The cosmopolitan character is revealed by the traces of the English porcelain vessels or other several objects and architectural styles with influences from Italy, France, Austria, Germany, England, Russia and Turkey.

The walls that “talk” about people from the old times

The excavations were carried out under the coordination of archaeologist Gheorghe Mănucu Adameşteanu, from the History Museum of Bucharest, who worked with young specialists from the Archeology Institute “Vasile Părvan”, the National Museum of History and the National Institute of Historical Monuments. The area studied was quite wide, starting from the former „Uliţa Domnească” - the current Smîrdan street -, to the French Road, Poştei Street, Stavropoleos and „Uliţa Mare” - the famous Lipscani Street today.

The Old Princely Court. How it looks after the restoration Photo: Crișan Andreescu

Under the headquarters of the Commercial Bank it was discovered that the foundation of the building is not made of cement, but of thick bricks, a wall which pierced other vestiges, much older, before being built. The researchers concluded that under the bank there was a church, built here between 1564-1565. It was called „The Church of Ghiorma Banul”, after the name of its founder - a great boyar who had entered the parishes of Mrs. Chiajna, during a very dangerous period in the history of the Romanian Country, but he was nevertheless executed by Vodă Alexandru II Mircea. The place was later called the „Church of the Greeks”, and another inn - the „Greci Inn” - was built nearby, whose walls came to light, after the archaeological excavations.

The specialists who had analyzed the vestiges say that the historical periods to which they belong are relatively easy to identify, depending on the construction material used. The bricks in the foundation of the bank are modern, very similar to the ones we use today for constructions, but those in the walls of the inn are „feudal” bricks - longer and thinner than the modern ones. The „Greci Inn” extended to the current CEC building, and in its continuation was „Zlătari Inn” - just as famous in the history of old Bucharest.

The heart of commerce and entertainment, from the medieval times

Although it may seem strange to us today, the inns were formerly operating near the churches, and Zlătari Inn was „rounded off” to Zlătari Church, raised in the 16th century, by the royal servants named „zlătari” - the gypsies who used to bring the gold for the country rulers - who had a very strong organization and a very good social situation at the time. The bricks of these vestiges, from the walls one meter thick, speak about the status and the importance of these „zlătari”. 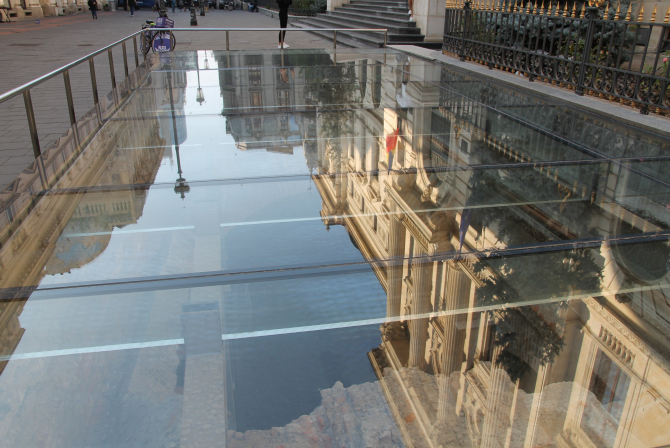 On the opposite side of the road, from BCR building, other famous buildings of the old Bucharest were identified, among them the Serban Voda Inn, built by the ruler Serban Cantacuzino, between 1683 and 1685. On another side of the bank's building, near the entrance A, the archaeological excavations brought to light traces of a room destroyed by fire, from which were kept some planks and beams of the floor, carbonated, and ceramic shards, blackened by smoke. In fact, at Zlătari Inn also had been found traces of fire - probably from the great fire of 1847.

Most of these discoveries are still under the ground, because this way the cultural heritage can be preserved, but a small area has been left in sight, for the passers-by who reach the most important zone of the Capital's entertainment. In fact, the vestiges show that the spirit of the place has remained the same, because the inns have long attracted wealthy traders and craftsmen in the previous centuries, who came here for what we now call „business travel”. For the nowadays visitors, the traces of the centuries-old history of the Capital, which have never been buried, can be admired at the ruins of the Old Princely Court, and in ist immediate vicinity, where the travelers can rest at Manuc's Inn, one of the oldest places for tourists in the current Historical Center of Bucharest.