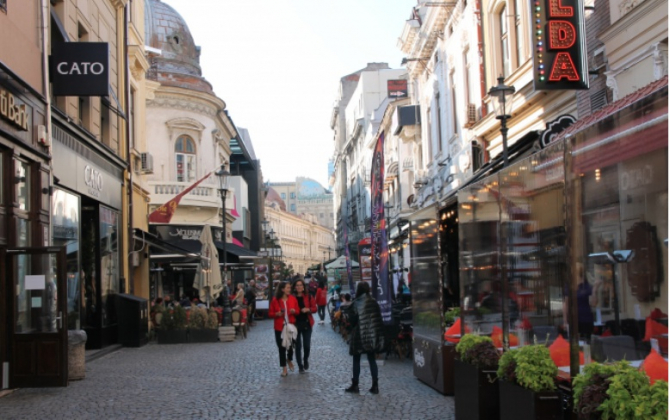 I started, in a soft sunny autumn day, on the footsteps of the old and the current merchants in the heart of Bucharest, accompanying my friend, Andy, who came for the first time to Romania, from Texas. Interestingly, the texans do not indulge in old habits and especially in clothing, that kind we can see in the movies: top to bottom jeans, cowboy boots and, of course, the specific hat.

Although Andy is not a real cowboy, because he doesn't have his own farm and he doesn't work on any farm, but he is an IT specialist, he still can't give up the specific costume, because it makes him feel great. However, from all the hotels recommended, he chose „Casa Capșa”, to understand better the history of Bucharest, after I told him a little about the old buildings in the Capital. Andy, middle-aged, has found his love in Romania and wants to impress Maria, the chosen one, with the perfect gift, before the wedding. But he also tries to understand what kind of culture his future wife is coming from. So I set out to offer him some advide, during a day at shopping in the Historical Center and on Calea Victoriei road, where he can find the most famous brands, but also the most important signs of history. 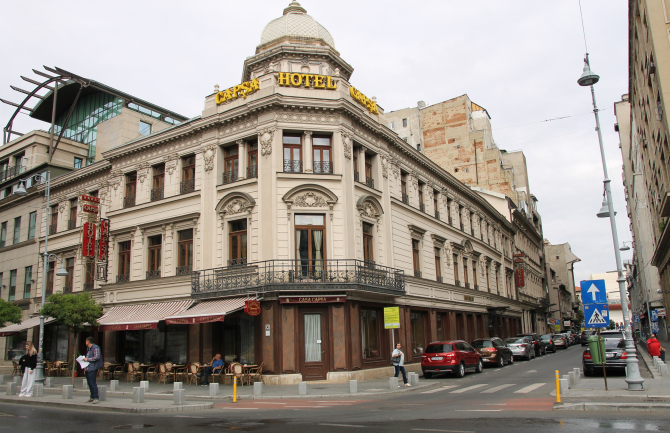 We started together, from Capșa, through the dozens of shops, in search of gifts. After a few hours, he was already satisfied with the shopping, not only for Maria, but also for himself and for his family in the US. Some of our brands have lower prices than in Houston, and others have impressed him with their uniqueness, being unavailable overseas. From here he bought the perfect jewelry: the diamond ring, which he will give to Maria.

Because we started shopping in the morning, we had left half a day to enjoy the Romanian cuisine and the stories of the Historical Center. We entered the narrow and sinuous streets of the Old Center, and Andy, although hungry, did not contend with the questions, admiring the architecture of Bucharest, at every step. We reached the famous Lipscani street, which connects Calea Victoriei and the boulevard I.C. Brătianu. I explained to him that the street exists since 1589, since we have the first documentary attestation. It was called „Uliţa cea Mare” (The great street), then it took the name of the Lipscans - the merchants from Lipsca (Leipzig), who supplied the shops on Uliţa Mare with cloths. The street was named „Lipscani” later, in 1947.

Andy stopped for a few moments to hold his breath, when I explained to him that beneath our feet were several layers of old inns and churches that have existed here for the past four and a half centuries. Because from here started the most important trade routes, to other areas of the country, but also to the East and the West. At the end of the 19th century and the beginning of the 20th century, Lipscani, Șhelari, Gabroveni streets and all other streets in the same area housed famous workshops and shops for hats, jewelers, shoppers, fur makers or shoe makers, but also the most popular inns. 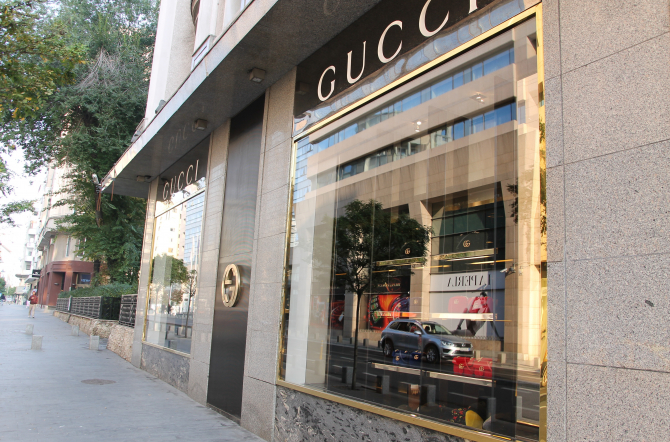 I also explained to him that as the name Lipscani was given by the merchants from Leipzig, the name Gabroveni comes from the bulgarian merchants who brought the goods from Gabrovo, because here were Romanian, Greek, Bulgarian, Serbian, Jewish, Albanian, Polish, German or Austrian merchants. The area has a tradition of almost 450 years in manufacturing and trade with all types of products, including luxury, but also gastronomy, because where traders meet, traditionally, there must be alse the most flourishing inns, where all those travelers can exchange the goods. This centuries-old tradition makes the current Historical Center of Bucharest a true open-air museum of commerce and hospitality. 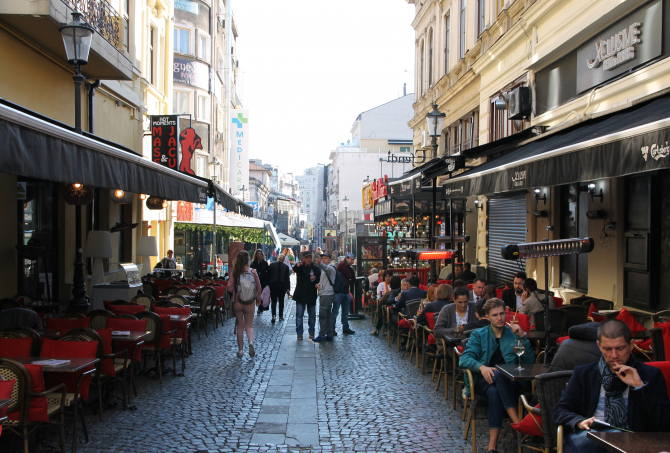 I also explained to the Texan fascinated by the history of Bucharest that the names of the streets come from the types of activities that took place here, in the past: Lipscani Street was divided into two segments, with a portion between Smârdan and Șelari and another between Șelari and the present boulevard I.C. Brătianu, a segment that bore the name Marchitani, from the small merchants, who could be found there. I also showed him the current French Street, the oldest street in Bucharest, paved since 1692 with oak beams.

Back in time, on the footsteps of the symbols of millennial history

I also explained to him that the architectural style that he will not be able to find at home, in Texas, is a combination of neoclassical and neo-baroque, most of the buildings being raised in the 19th century. And he was surprised to hear the story of the statue Lupa Capitolina (The female wolf), received as gift of Romanians, in 1906, from the municipality of Rome, with the occasion of celebrating 40 years since the coronation of King Carol I as ruler of Romania and 1800 years since the Roman conquest of Dacia. Copy of the famous Roman monument „Lupa Capitolina”, the statue represents the legendary wolf who is said to have breastfed Romulus and Remus, the founders of Rome. 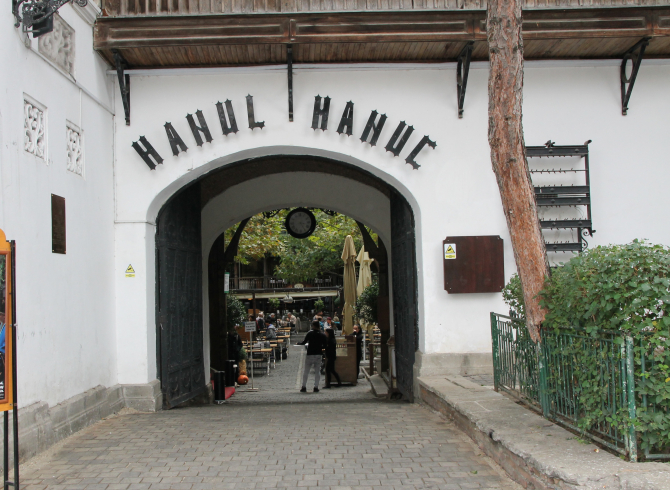 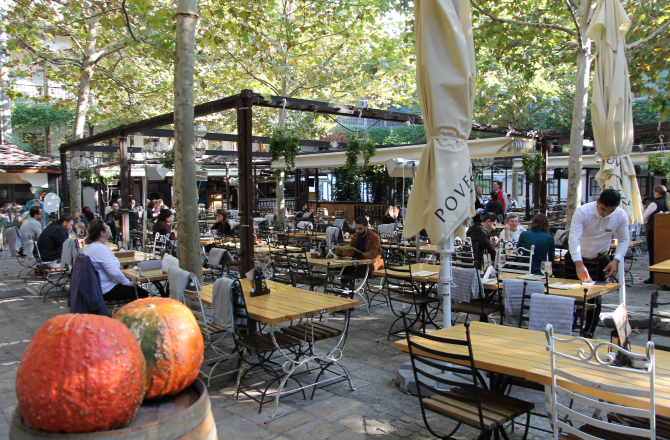 After admiring some famous buildings in the Historical Center, being fascinated by my stories about the headquarters of the former Chrissovelloni Bank, on Lipscani street, the Dacia-Romania Palace, built between 1882-1889 - the current BCR headquarters, on the site of the former Greeks's Inn, the former Berliner Gesellschaft Bank, the old BNR headquarters, raised between 1884-1885, designed by the architects Albert Galeron and Cassien Bernard and built on the foundation of the largest inn in Bucharest - Șerban Vodă Inn, The National Bank Museum. (Lipscani 65), The Linden Tree Inn, built in 1833 by Anastasie Hagi, Gheorghe Polizu and Ștefan Popovici, or the Gabroveni Inn, we arrived at the Manuc Inn, where he wanted to sit at a table, on the terrace, to feel like the traders from the past, from a few centuries ago. Before ordering something from the Romanian cuisine, he also learned the history of the Royal Court, from the immediate vicinity of the inn, so he understood that he was right in the place where Vlad Țepeș lived – the romanian ruler made famous in the USA by the writer Bram Stoker, through the bestselling novel „Dracula”. The Voievodal Palace has been, since 1459, the residence of the prince Vlad Tepes.

The hunger and the thirst for culture, after a day of stories through Bucharest

Although the hunger and thirst have taken us away, after a half-day trip through the center of Bucharest, the hunger and thirst for stories and legends of my friend from America seemed more important to him, who did not contain to marvel at everything I said and ask more and more questions. He had not read much about the history of Bucharest and did not imagine that he would sit here at a table, over the old inns built in the 1600's, or that he would go shopping at today's modern shops, which rose over five centuries ago. Nor did he think that at the end of a shopping tour he could eat in the heart of the former capital of the Romanian Country, near the ruins of Dracula's court. How could he not like the traditional Romanian food, after finding out that Manuc's Inn was raised in 1808, and here were the preliminary discussions for the Peace Treaty that ended the Russian-Turkish war, from 1806 - 1812? 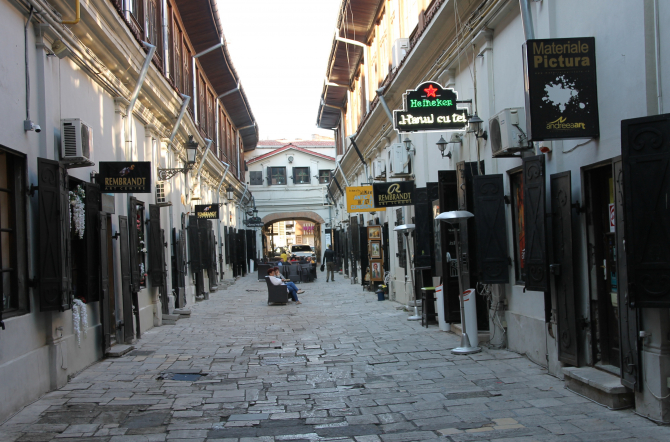 After enjoying the food, while thinking of the former feast of merchants who arrived here in the past, Andy has already set the following goals: to invite Mary for a walk through the Historical Center, to impress her with everything he had already found out. And to spend the evening together at one of the clubs in the heart of the Old Center, after a dinner at Manuc's Inn or at the Caru' cu bere (The Beer Wagon). Surely he will visit Romania again, after all the stories he found here and after all he saw, in what he thought would be a banal day of shopping, in a small country capital, in the southeast Europe, which many of his fellows back home have not even heard of. The story of the discovery of Bucharest will continue to be beautiful, for Andy, whose appetite for new discoveries in Romania has been opened.