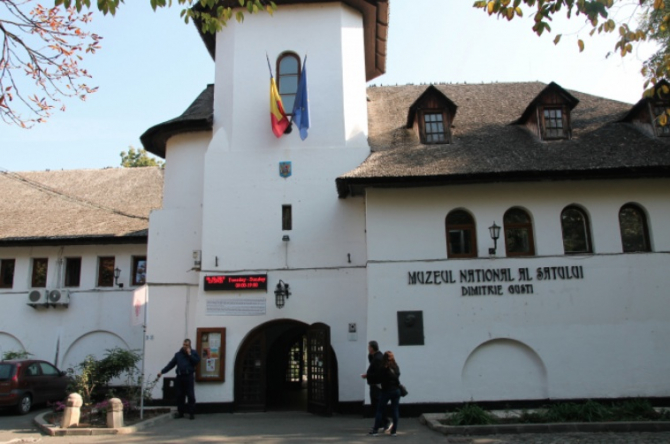 Who could believe, at the first visit in Bucharest, that the romanian village can be found in the green heart of the city? Herastrau Park and the Village National Museum „Dimitrie Gusti” are among the most important attractions for foreigners visiting the capital, offering them peace of mind beyond the daily restlessness.

We leave the center of Bucharest, skipping the agitation of a working day, and go forward, to the north, on the Kiseleff Road, leaving behind the bustling Victoria Square, The Romanian Peasant Museum, the Antipa Museum and the Geology Museum, to make new discoveries. In less than a quarter of an hour we enter into the green heart of the Capital: Herastrau Park. The labyrinthine alleys of the old park point us to its sublime gardens colored by the autumn that has just settled, painting fairytale landscapes that Herastrau Lake reflects as a huge mirror of memories. And on the other side of the lake awaits, as if stuck in time, the Village Museum, which extends the living garden of the Capital and invites us to a foray into the history and culture of the Romanians.

From a researcher's dream, to an open air monument

It is difficult, today, for visitors delighted by the beauty of these places in the heart of the Capital, to think about the origins of the Village Museum, when a team made up of the best ethnographers, ethnologists, sociologists and restaurateurs from the beginning of the last century made possible the establishment of the first national museum of the Romanian village, which today bears the name of the coordinator Dimitrie Gusti. What we see today is based on a lot of work, field research, museographic experiments that have been done for a decade, under the coordination of Professor Dimitrie Gusti, the founder of the Sociological School of Bucharest and the head of the Sociology Department at the University of Bucharest. 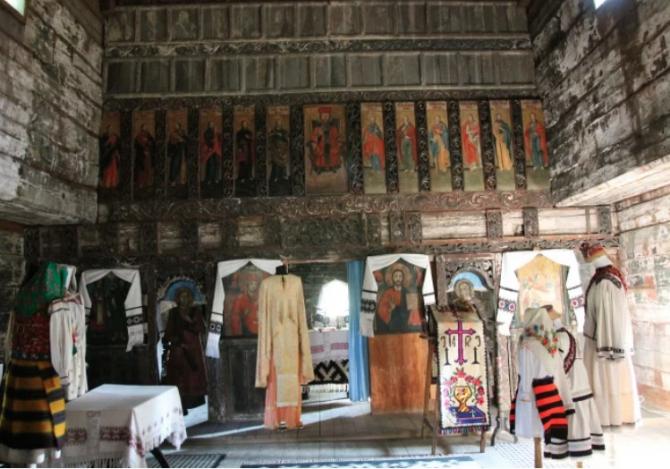 The inside of the Maramures church Photo: Crișan Andreescu

Here we can admire even today the monuments and artifacts from the seventeenth centuries, until the beginning of the twentieth century, representative constructions for rural Romania, which speak about the way of life and the inventiveness of the Romanians. Or, in short, about the eternity that had been born in the villageside - as the philosopher and poet Lucian Blaga beautifully said. In 1936, the famous Romanian sociologist Dimitrie Gusti managed to create this first open air museum in Romania, simply building a miniature rural country. The permanent exhibition of the open-air museum today covers an area of 14 hectares and comprises 123 households, 363 monuments and 50,000 household items. But it was not so from the beginning. 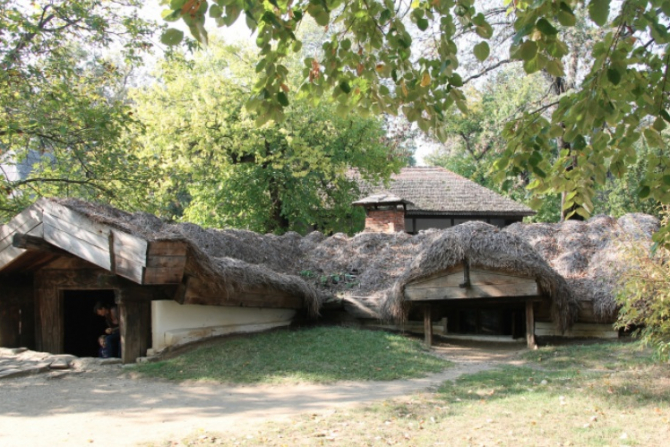 The official opening of the Village Museum was on May 10th, 1936, in the presence of King Carol II, and for the public, a week later, on May 17th, 1936. The most important support for the creation of this village in the Capital came from The Royal „Prince Carol Foundation”, and by March 1936, in only two months, this museum work that we can admire today could also be built: houses, house annexes, churches, technical installations and interior objects considered representative for their places of origin. The museum was arranged on the land donated by the Royal House of Romania. 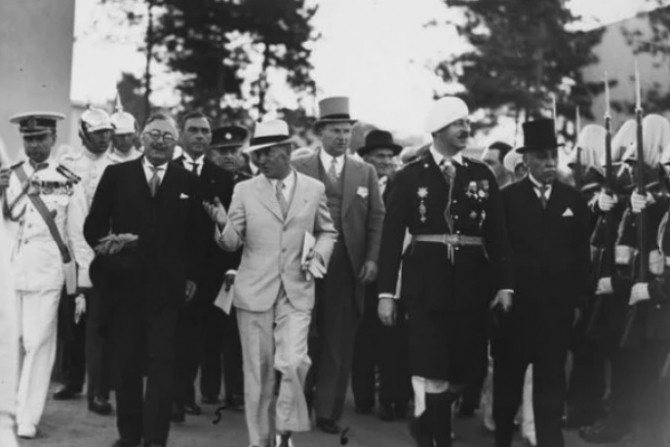 Dimitrie Gusti, King Carol II, Eduard Benes, President of Czechoslovakia, Alexandru G. Donescu, Mayor of the Capital, General Ilcusu and Ion Onculeț, Minister of the Interior in 1936, at the inauguration of the Village Museum.

Until 1940, the Village Museum has covered an area of 4.5 hectares of land, on which there were located the first 33 authentic traditional households. Dimitrie Gusti and his team brought here whole, centuries-old assemblies, which they refurbished and placed along the shore of Lake Herastrau, respecting the geographical areas from which they come. One of the first ideas of Professor Dimitrie Gusti was that the owners could live here, even in the museum, the peasant families of the former owners of the exposed houses, who had come to Bucharest with everything they needed for living, including birds and animals. 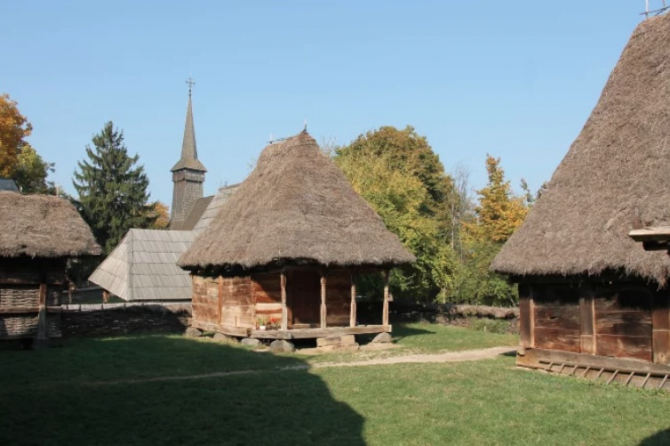 The first households studied and transported to the Capital were from Fundu Moldovei, Suceava County, Nereju, Vrancea County, Drăguş, Braşov County, Dragomireşti, Maramureş County, Clopotiva, Hunedoara County, Runcu, Rușu, Buzău County, then others followed, from all parts of the country.

After the nightmare of the war, the exhibition continued to grow

Part of the sad history of the museum took place after 1940, when the municipality decided to host families of Bucovina and Bessarabian refugees in some of the museum's households. They remained in the museum until 1948, and Gusti's masterpiece was close to stop being able to continue its activity. The inhabitants did not take into account the value of the houses and heritage objects, which they used, deteriorating or even destroying them. Six windmills from Bessarabia, a house of Macedonians, a house in Caliacra, a floating mill and a cherhana, had been destroyed since 1937 at the construction site of the Elizabeth Palace. 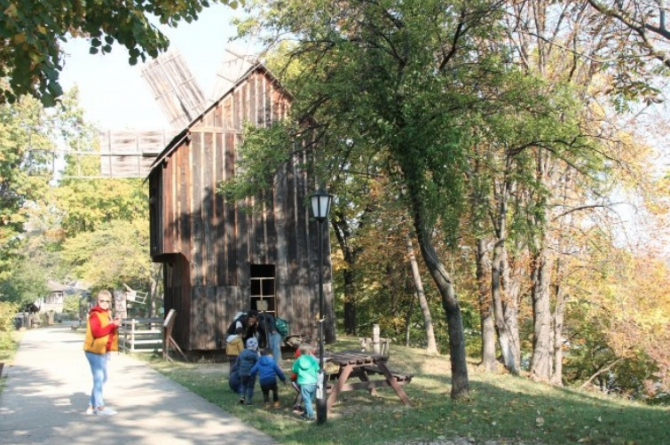 On a walk on the village street Photo: Crișan Andreescu 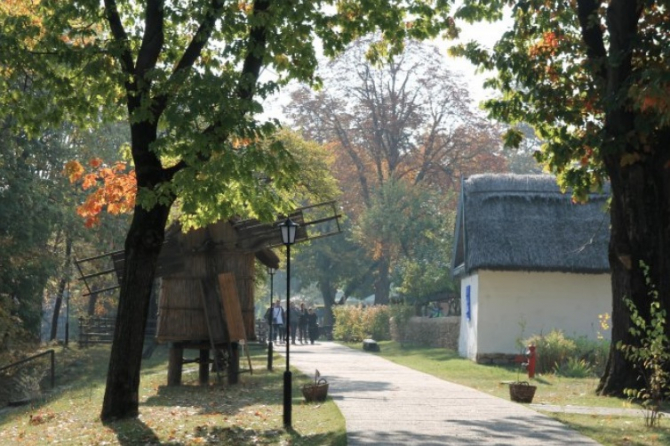 In 1948, the Village Museum reopened its gates for the public. Then the tenants who were housed here during the war were evacuated. The exhibit has since expanded and no refugees have been brought in to destroy the exhibits, but no former owners have come to live here. And the work of Dimitrie Gusti's team has been continued until today, when the museum in the green heart of the Capital is still enriched with new acquisitions and museographers organize interactive exhibitions, so that visitors can feel the cultural spirit of the Romanian rural world as much as possible. 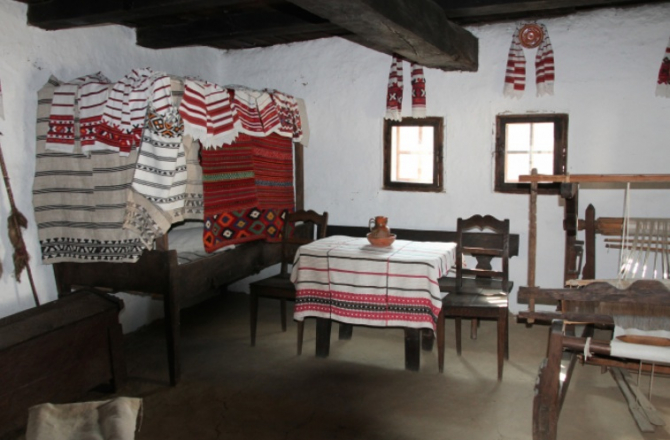 Inside of a peasant household with a loom Photo: Crișan Andreescu