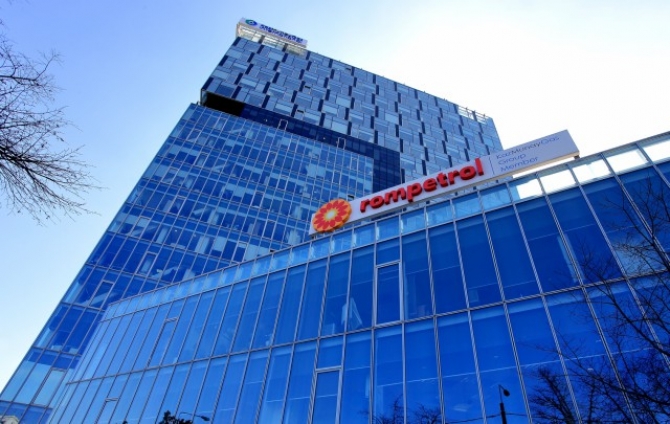 With a 9% increase in the raw materials processed last year and 13% increase in products sold in Romania, KMG managed to obtain an EBITDA of around USD 239 million and a net profit of USD 88 million.

In 2016, KMG International, member of the National Oil and Gas Company of Kazakhstan – KazMunayGas, improved its technological performance and financial results while continuing its programs for the strengthening and development of its specific operations in Romania and Black Sea Region.

With a 9% increase in the raw materials processed last year and 13% increase in products sold in Romania, its main market, the Group managed to obtain an EBITDA (earnings before interest, taxes, depreciation, and amortization) of around USD 239 million and a net profit of USD 88 million.

“In 2012, we embarked on a series of extensive changes within the KMG International Group. During that time, we built a team of people who shared the same vision for the company and managed to transform it from a completely unviable enterprise to one of constant progress. Thus, the main financial and operational indicators went up year after year. Furthermore, last year we recorded the highest success in our history, when it positioned itself as the stepping stone for the development of a strategic partnership between KazMunayGas and CEFC China Energy Company Limited in the Black Sea region. This partnership will ensure the conditions for the continued implementation, medium and long term, of the development strategy focused on special energy projects shaped by the interests of Kazakhstan, Romania and China,” said Zhanat Tussupbekov, CEO of KMG International, according to a press release.

The Group’s record results were largely due to operational business improvements and specific production improvement programs (increase in the processing capacity and increase in the percentage of white products in the total finished products), operating costs (reduction of the thermal energy and electricity consumption), as well as the “Change for Good” program launched in 2014.

The program is meant to increase the efficiency and improve the entire flow of operations specific to the refining – petrochemical activities, trading – procurement of raw materials, retail – marketing, and upstream – industrial services by 2018. Also, it aims to reduce operational expenses and increase profitability, with an economic impact of USD 132 million in 2014-2016, of which USD 84 million in 2016 alone.

Due to investments made and continuation of programs for the improvement and development of specific activities, the Group’s production units in Romania reported a 9% increase in the total processed quantities of feedstock from 5.45 million in 2015 to 5.95 million in 2016.

Thus, Petromidia Năvodari Refinery, the largest Romanian unit in the field and one of the most modern and complex units in the region, processed more than 5.4 million tons of feedstock last year (15,750 tons/day), which was also reflected in the fuel volumes – 4.2 million tons (up 8%). Out of this quantity, approx. 1.9 million tons of fuel were sold domestically (13% rise), while the remaining quantities were sold on foreign markets (4% rise), to the Group’s subsidiaries in Moldova, Bulgaria and Georgia, as well as traditional partners in the Black Sea Region.

The petrochemical division, sole producer of polymers in Romania, processed 189,000 tons of feedstock last year (propylene, ethylene) – the highest level recorded in the last 5 years and more than 8% higher than volumes reported in 2015. 57% of the products obtained were exported and the company managed to develop 3 new types of polymers.

This evolution was supported by the adoption of a new commercial policy as well as the continuation of the extension programs for the distribution networks and the rebranding of Rompetrol stations in line with the concept launched in 2013 – a combination between our customers’ needs and expectations and the best technical solutions available.

With around 6,000 employees in 11 countries, KMG International NV is owned by the national oil and gas company of Kazakhstan – KazMunayGas. After its takeover in 2007-2009, it became an energy platform that connects the natural resources of Central Asia to European markets in the field.

In Romania, KMG International holds one of the largest and most modern refineries in the Black Sea Region - Petromidia Năvodari, with a refining capacity of 5 million tons of feedstock per year, and also Vega Ploiesti Refinery, the country’s sole producer of polymers.

Its subsidiary, KMG Trading, is the sole operator for the export of crude oil produced by KazMunayGas and for the parent company’s trading operations on international markets.